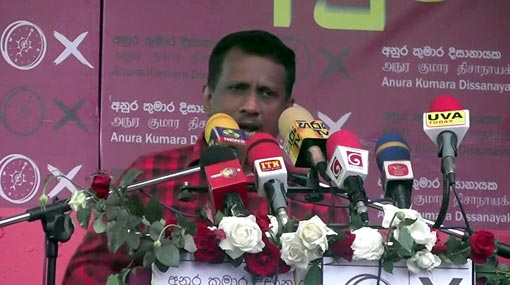 He mentioned this addressing a public meeting held in Welimada, yesterday (27).

Vidyaratna said when looking at the history of the United National Party (UNP), Presidential Candidate Sajith Premadasa doesn’t even come close to any of the previous leaders of the party. Premadasa is such a weak person, he added.

He pointed out that Sajith Premadasa never acted to prevent when racism and communalism arose in the country. Instead, Premadasa acted to exacerbate the conflict, Vidyaratne charged.

He further said that it was National People’s Power (NPP) Presidential Candidate Anura Kumara Dissanayaka who fought in and outside of the parliament to find solutions, whenever there were conflicts in the country.