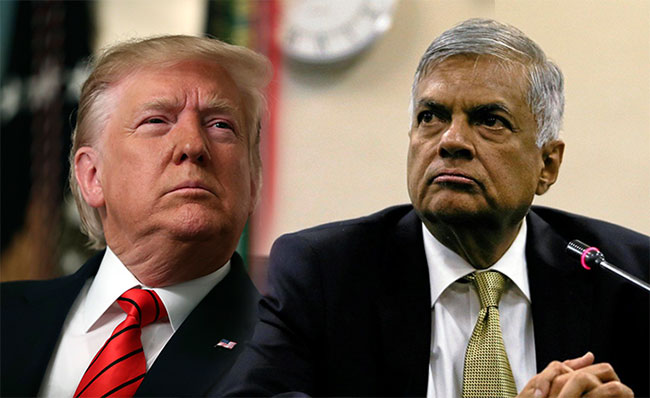 Sri Lanka’s Prime Minister Ranil Wickremesinghe has congratulated US President Donald Trump on the successful operation in the fight against terror.

At a press conference in the White House yesterday, President Trump had declared ISIS leader Abu Bakr al-Baghdadi dead. Baghdadi was killed in a raid conducted by the US military in northwest Syria on Saturday, Trump said.

In a twitter message posted on his official account on Monday, the Sri Lankan Premier commended the US President and stated that this would undoubtedly cause a set back to the ISIS group and help make the world a safer place.

“I would like to commend President Trump on this successful operation in the fight against terror.”

“The ISIS group, which recently claimed a strike on Sri Lanka, has been creating fear and terror around the world,” he said in a video message.

“This successful operation makes the world a safer place.”

Baghdadi has been the subject of an international manhunt for years, and has been incorrectly reported dead or injured multiple times.

Baghdadi’s death is seen as another defeat for ISIS, which has faced increasing pressure in recent years. The terror group lost its last stronghold in Syria in March.

In announcing the death of Baghdadi, President Donald Trump declared he was the “world’s number one terrorist leader.”

After he took over the leadership in 2010 of what was then-called the Islamic State of Iraq, Baghdadi rebuilt the group into a force that just a few years later took control of vast swathes of Syria and Iraq.

The group also claimed responsibility for a series of suicide bombings in churches and hotels in Sri Lanka that killed more than 250 people in April, though police in Sri Lanka say they are yet to establish a direct link to the terrorist group.

In the immediate aftermath of the attacks, the elusive chief of the Islamic State of Iraq and the Levant (ISIL or ISIS) group had appeared for the first time in five years in a propaganda video released by the armed group.

He had reportedly discussed the bombings in Sri Lanka in an audio recording after the video ends.

I congratulate President Trump on the successful operation in the fight against terror. This would undoubtedly cause a set back to the ISIS group and help make the world a safer place. pic.twitter.com/trI0KNZ56o