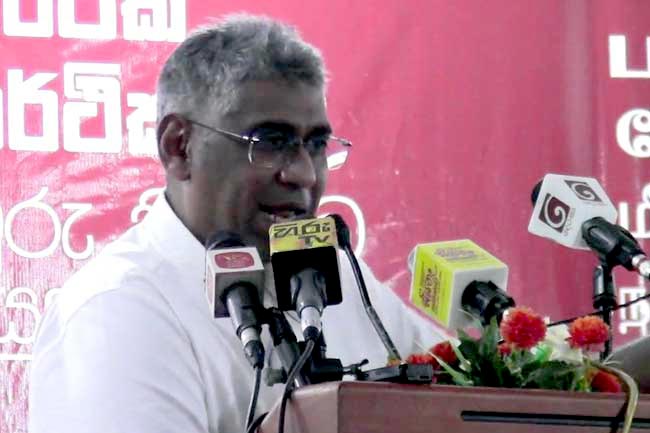 Minority Muslims should be with the Majority Sinhalese - Faiszer

The parliamentarian speaking at an event in Malwana area stated that Gotabaya Rajapaksa will win the presidential election with the blessings of the majority Sinhalese.

He pointed out that the United National Party (UNP) knows that it doesn’t have the vote of the majority of the Sinhalese.

Therefore they are attempting to gain a higher vote percentage by collecting Tamil and Muslim votes, he added.

As a minority in this country, Muslims should be with the majority Sinhalese, according to the parliamentarian.

He further said that the issues of Muslim people cannot be solved without a Sinhala Buddhist leader.