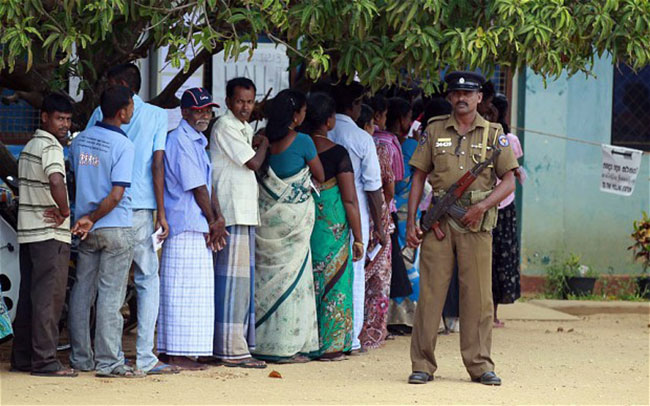 The Election Commission says that a gazette notification will be issued tonight extending the time period granted for voters to cast their votes at the Presidential Election by one hour.

Accordingly the voting time has been extended from 9 hours to 10 hours and the public will now be able to vote between 7.00 a.m. and 5.00 p.m. at the Presidential Election this year.

Voting was originally scheduled to end at 4.00 p.m. however it had been proposed to extend this time by another hour.

Officials of the Election Commission today held a discussion with representatives of political parties and this proposal was taken up for discussion.

The political party representatives have also reportedly agreed to extend the voting time by an hour.

Sri Lanka’s Presidential Election 2019 will be taking place on November 16.