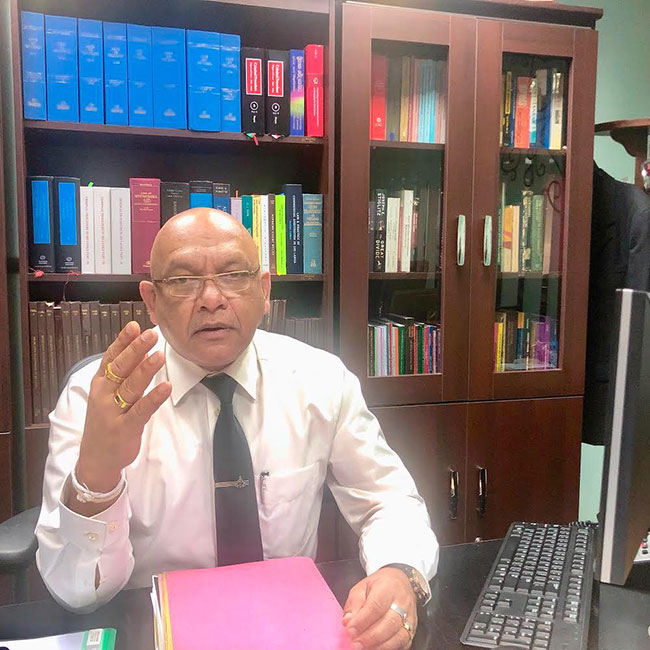 Former head of the Financial Crimes Investigation Division (FCID) Retired Senior DIG Ravi Waidyalankara today issued a statement in response to the recent media reports on allegations of financial fraud and money laundering directed at him and his family.

He claims that there had been recent negative media publications by print and electronic media, subsequent to his revelation on the “hazardous conditions” he faced during his tenure in office.

“Thus, I have the right to reply in a legitimate manner, by issuing a statement prior to resort to any legal actions. I issue this statement for public consumption as well as to the entities who try to tarnish my image by resorting to character assassination,” he said.

The former FCID chief stated that his original statements pertaining to this matter appeared on the ‘Aruna’ newspaper on 27th October 2019 and on daily news broadcast on Derana & other television channels.

However, it is disappointing to note that some parts of these statements have been taken out of context to reinforce political strategies, he charged.

“Subsequently, there had been allegations leveled against me, my wife and my son regarding a nexus between some of the individuals who are under the investigation by the FCID. Since this matter is still being investigated I don’t intend to elaborate any details as a former police officer and investigator who has handled over 300 investigations professionally.”

The retired Senior DIG said that his son, Mr Asela Waidyalankara has clarified his position very clearly with a public statement, and that he fully endorsed his factual position in this regard.

“In relation with the company of SOORIYA FOUNDATION, an organization, where my wife is only a signatory, which was established for charity based activities not relating to any profit make businesses. Only the address of an asset under my son’s company was given for mailing purposes which is not contrary to the law,” he said.

He categorically stated that it was merely confined to a paper and not a single transaction, investment, any account, any economic transaction, or any transaction or activity was conducted since incorporation.

“On this backdrop, myself, my wife and my son totally deny and reject any allegations of any illegal activity as published, and wish to state that we will extend our utmost co-operation to any investigations conducted by any agency, established under the laws of Sri Lanka.”