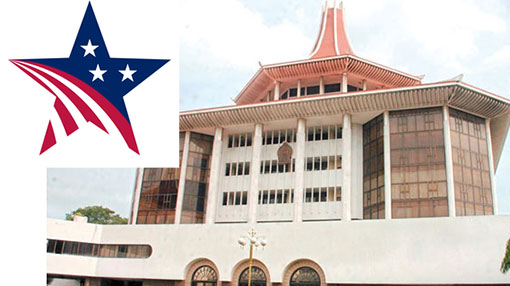 A Fundamental Rights (FR) petition has been filed before the Supreme Court seeking an interim injunction against the signing of certain agreement with the U.S.  including the MCC, ACSA and SOFA by the government of Sri Lanka.

The petition states that local media had widely reported recently that Cabinet approval has been granted to sign several agreements including the MCC without the consent of the Parliament or the people.

The petitioner also claims that these agreements would be seriously harmful to the national security and sovereignty of the country and that this is a violation of the Constitution.

Therefore the petition requests the court to issue an order declaring that the decision taken by the government of Sri Lanka to sign these agreements are in violation of the constitution and to also issue an interim order preventing the signing of them.