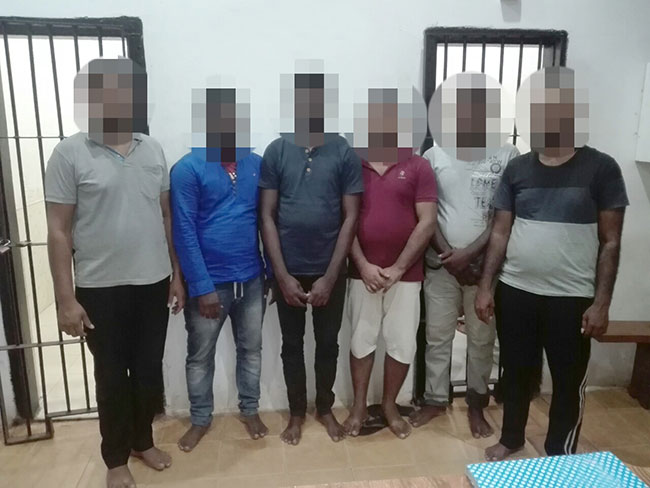 Accordingly, the Navy and Chilaw Police, during a search carried out at the estuary of Chilaw, had spotted a group of suspected persons.

The 11 suspects were believed to be engaged in an attempted to illegally migrate to  the French Indian Ocean island of Reunion.

Accordingly, the suspects who arrived at the location by a small truck were taken into custody, as they were getting ready to leave the island’s shores by boat.

The apprehended persons have been recognized as residents of Udappuwa from 25 to 57 years of age. The suspects along with the truck were handed over to the Chilaw Police for onward investigation.