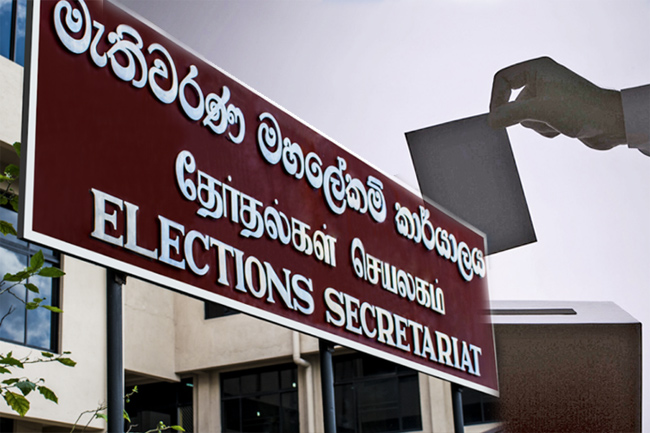 Number of complaints received by EC on prez poll exceeds 3,200

The total number of complaints lodged with the Election Commission pertaining to the forthcoming Presidential Election has increased to 3,214.

The Commission said this includes 25 complaints against incidents on election violence.

Meanwhile, the Transparency International Sri Lanka (TISL) said it has received 95 complaints regarding the Presidential Election so far.

Among these complaints, 23 pertain to the misuse of State institutions for election campaigns, the TISL said.

Fifteen (15) of these complaints were filed against the use of vehicles owned by the State for campaigning while 14 complaints were regarding the distribution of various goods and equipment as a part of election campaigns and 13 complaints on making public officers engaged in the affairs of political parties.

Ten complaints were against the new appointments, transfers and promotions purportedly given to public officers and 8 other complaints alleged of unveiling developmental projects of the government.

The TISL said 73 complaints received by them were directed to the Election Commission for further investigations.