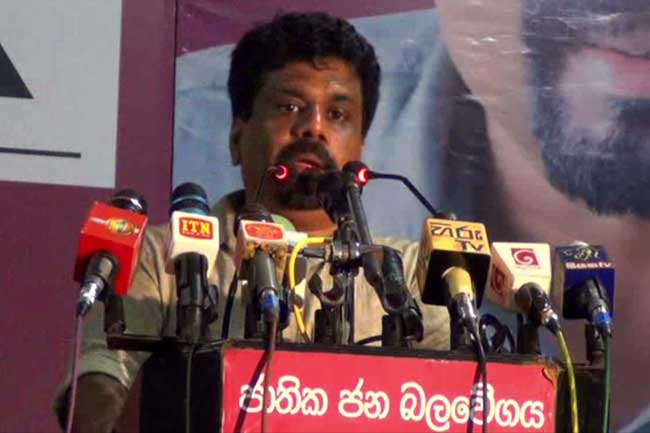 The threat to our security today is extremism - Anura

“Today the threat to our security is extremism. The security of our country can be ensured by defeating extremism, racism,” he said.

Dissanayake assured that the only political platform able to defeat extremism and racism in the country is the National People’s Power movement.

He also said that the National People’s Power is the only movement which is able to go near the people without “hanging on the shoulders of any extremists”.

He stated that they had been warned against going to Kattankudy and that due to that reason they visited Kattankudy twice for campaigning.

They told us Kattankudy is a prohibited area for the National People’s Power. But our most successful meeting was held in Kattankudy.

The JVP leader added that the National People’s Power movement is the “one roof” under which all communities from all parts of the country can gather under and that if everyone can unite under one banner that is the defeat of extremism in the country.