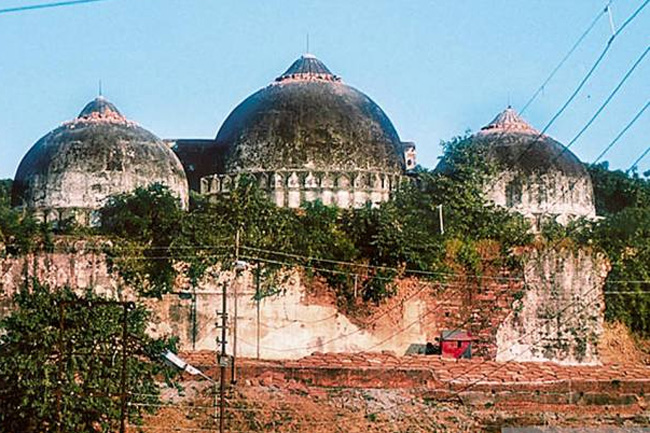 India’s Supreme Court ruled on Saturday in favour of a Hindu group in a long-running battle over a centuries-old religious site also claimed by Muslims, in a verdict that could raise tension between the two communities.

The ruling paves the way for the construction of a Hindu temple on the site in town of Ayodhya, a proposal long supported by Prime Minister Narendra Modi’s ruling Hindu-nationalist party.

The five-judge bench, headed by the Chief Justice Ranjan Gogoi, delivered a unanimous judgement, opting to hand over the plot of just 2.77 acres (1.1 hectares) of land - about the size of a football field - to one of the Hindu groups that had staked claim to it.

The judge said a temple should be built on the land by forming a trust under the control of the central government.

The verdict will be seen as a political victory for Modi, who won a second term in a landslide general election win this year.

For more than seven decades, right-wing Hindu campaigners have been pushing to build a temple on the site, which they believe was the birthplace of Lord Ram, a physical incarnation of the Hindu god Vishnu.

They say the site was holy for Hindus long before the Muslim Mughals, India’s most prominent Islamic rulers, built what was known as the Babri mosque there in 1528.

The destruction of the mosque triggered religious riots in which about 2,000 people, most of them Muslim, were killed across the country and led to a series of court battles with various groups staking claim to the site.

The Supreme Court directed that an alternate land parcel be provided to a Muslim group that had staked claim to the disputed site.

The site has been heavily protected since the 1992 religious clashes.

Ahead of the ruling, security was tightened in Ayodhya and across India, especially in cities that have suffered communal violence in the past.

In some regions, restrictions were placed on gatherings and police were monitoring social media to curb rumours that could fan tension between the communities.

In some towns, internet services were also suspended to stop the spread of rumours.

The Rashtriya Swayamsevak Sangh - parent organisation of Modi’s party - has decided against celebratory processions if the verdict goes in favour of the Hindus, to avoid provoking sectarian violence.

Muslim organisations have appealed for calm to prevent communal flare-ups.