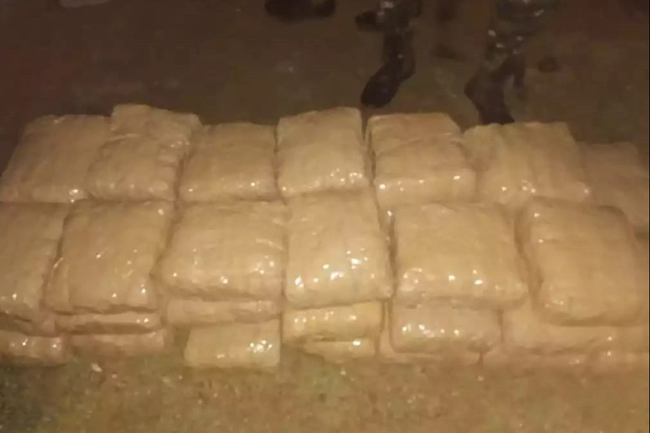 A group of naval personnel has apprehended a person along with 83kg of Kerala Cannabis at Chundikulam beach area.

During a foot patrol carried out by the Northern Naval Command yesterday (08), multiple suspicious parcels washed ashore had been spotted.

Upon inspecting these parcels, they had recovered the Kerala Cannabis haul.

The seized Cannabis haul has been handed over to the Palali Police for further investigations.