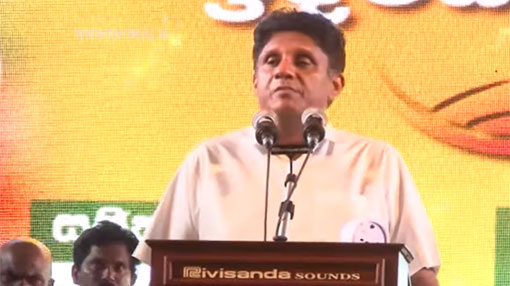 NDF presidential candidate Sajith Premadasa expressed his personal regret and also extended his apologies to the entire nation as a cabinet Minister, with regard to the Easter Sunday terrorist attacks on April 21.

Speaking at a campaign rally in Negombo, he said if elected they would take strict decisions pertaining to national security and also assured that he himself will accept responsibility for everything that happens under his presidency and not blame anyone else.

Minister Premadasa also said that he will never grant any pardon to any convicted terrorists, murderers, rapists or child molesters.

“I promise you that I will never implement state terrorism,” he said, adding that the people have freedom of speech and the freedom to be a member of the political party they trust and also follow the religion of their choice.