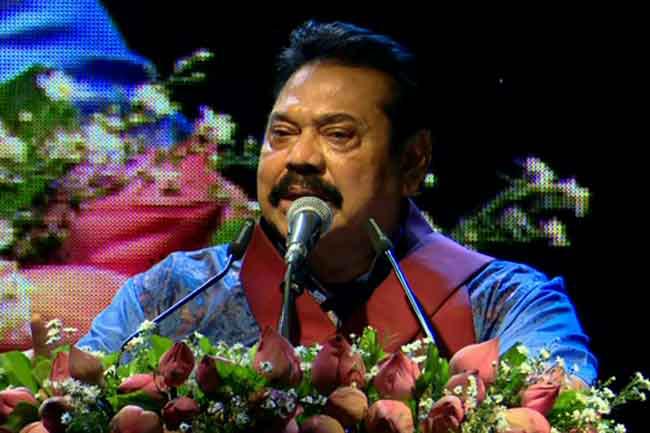 Either Chandrika is crazy or we are - Mahinda

Former President Chandrika Bandaranaike Kumaratunga may be attempting to grant what Velupillai Prabhakaran asked for through Sajith Premadasa, according to Opposition Leader Mahinda Rajapaksa.

Rajapaksa said that a Tamil newspaper had reported that Chandrika Bandaranaike Kumaratunga had addressed the deceased LTTE Leader Velupillai Prabhakaran as ‘Prabhakaran sir’.

Stating that she used this form of addressing 3 times during her speech, Mahinda Rajapaksa said, “Either Chandrika is crazy or we are crazy.”

He further said that they suspect that Kumaratunga may be attempting to give what Prabhakaran wanted through New Democratic Front (NDF) Presidential Candidate Sajith Premadasa.

Further speaking, Mahinda Rajapaksa said that he would provide free grants to the Colombo National Hospital for couples who cannot afford In vitro fertilization (IVF).