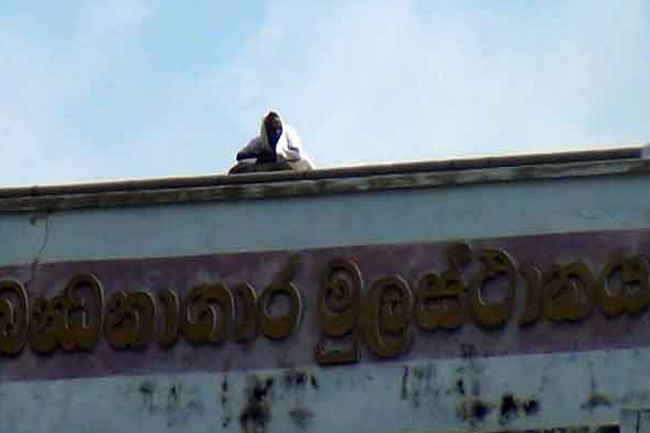 The Department of Prisons has informed the Secretary to the President on the protest staged on the rooftop of the Welikada Prison by four inmates on death row.

A spokesperson of the Prisons Department stated that the Secretary to the President was briefed on the reasons for the death row inmates protest.

The protest, which was initially commenced by two death row inmates, was later joined by two others. However, reports today said that a total number of six death row inmates are currently carrying out the protest demanding Presidential pardon.

The Prisons Department further stated that groups of inmates at Boossa and Angunakolapelessa prison have commenced a protest fast in support of the protest carried out by the death row inmates of Welikada Prison.

The protest was staged two days ago, claiming that if the murder convict of the Royal Park incident can be granted with a Presidential pardon, they too be released the same way.

Jude Shramantha Anthony Jayamaha, who was sentenced to death over the Royal Park murder case in 2005, has been released on presidential Pardon, on Saturday (November 09).