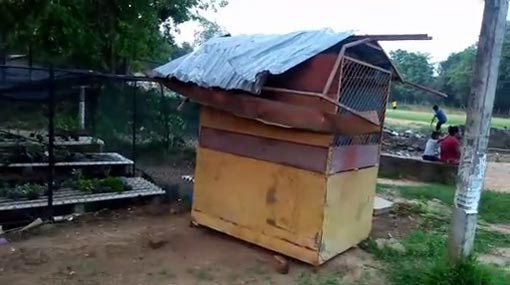 A female has been injured when a helicopter transporting New Democratic Front (NDF) Presidential Candidate Sajith Premadasa landed at the Seevali Vidyalaya ground in Polonnaruwa.

Reportedly, the strong wind created by the landing of the helicopter has damaged a house, a plant nursery and a woman who had been at the plant nursery at the time of the incident.

The wind has caused a metal pipe in the plant nursery to collapse on to the head of the aforementioned female.

The father of the injured female stated that his daughter suffered minor injuries in the incident.