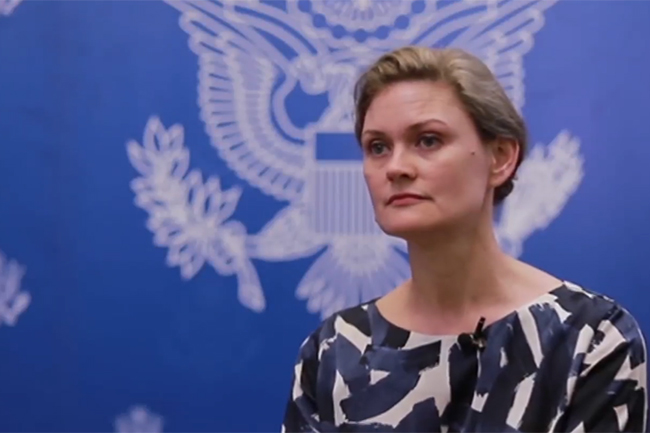 Citizenship cancelled once renunciation certificate is issued - US Embassy

The Embassy of the United States in Colombo said an individual is no longer considered a citizen of the US once he receives the certificate affirming the renunciation the citizenship while adding the such individual’s name to the federal list is a separate process.

The media spokesperson of the US Embassy Nancy VanHorn stated this during an exclusive interview with Ada Derana.

However, she stated that all the information about the specific steps taken to renounce one’s citizenship can be found at travel.state.gov.

Responding to a question on the time period that is taken for an individual’s name to appear on the federal list once the citizenship is renounced, VanHorn said the renunciation process of one’s citizenship is handled by the Embassy of the US.

Including the name of such individual in the federal list is a separate process, she added.

The paperwork regarding renouncing the citizenship is prepared and submitted at the embassy and these documents are sent back to the US Department of State in Washington DC for final processing, she said. Subsequently, the relevant individual receives the renunciation certificate, VanHorn continued.

Once this paperwork on citizenship renunciation is finalized, the names of these individuals are sent to the US Internal Revenue Service, which is a tax agency that operates as an entirely separate bureaucracy, VanHorn said further.