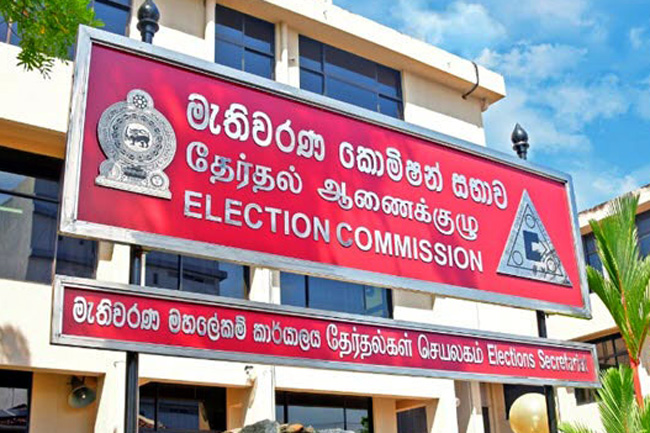 A special discussion with regard to the upcoming Presidential Election is scheduled to be held between the Election Commission and the representatives of political parties this morning (14).

The Chairman of the Election Commission Mahinda Deshapriya said this will be the last meeting that takes place with the political party representatives prior to the Presidential Election.

Today’s meeting will focus mainly on the proceedings of the day of Presidential Election and the appointing officers to the ballot paper counting stations.

Meanwhile, all types of campaigning for the Presidential Election ends at midnight yesterday (13).

The Election Commission urged the contenders not to engage in such activities. Election offices in the villages were also advised to remove their campaign posters and cut-outs after tonight and to close the offices from tomorrow.

In the meantime, the Police Media Spokesperson SSP Ruwan Gunasekara said violating the ‘silent period’ is punishable by imprisonment.

Deputy Inspectors General (DIG) of Police have been assigned for the security purposes of the each of the 9 districts, he added.

He further stated that special security measures will be exercised starting from today to inspect election laws violations.