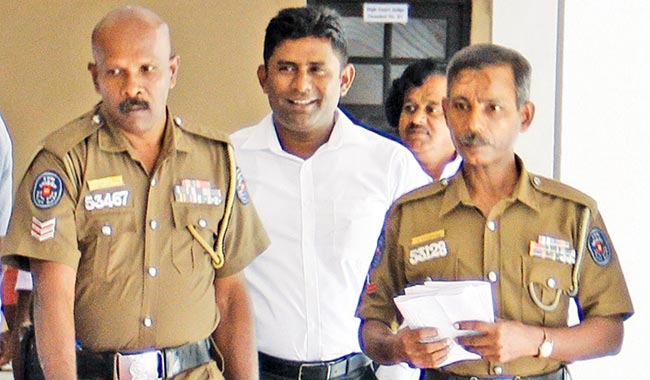 The three-judge bench of the Colombo High Court has ordered the Attorney general to inform the court on the onward action which will be taken against Samarappulige Niraj Roshan alias ‘Ali Roshan’ and seven others on the 02nd of December.

The case was taken up before the Colombo High Court Judges Vikum Kaluarachchi, Dhammika Ganepola, and Aditya Patabandige today (14).

Issuing the verdict on the matter, the three-judge bench stated that the court accepts the preliminary objections raised by the defense and pointed out that the Attorney General has the opportunity to amend and resubmit the charge sheets.

Accordingly, the three-member panel of judges has ordered the Attorney General to inform the court on the course of action to be taken in this case on December 02.

The Attorney General had then filed 27 charges against ‘Ali Roshan’ and six other defendants under the Offences against Public Property Act, with regard to the possession of four elephants without licenses and racketeering.

The other defendants of the case include Assistant Director of the Department of Wildlife Upali Padmasiri and a former clerk of the same department B. Sanjeewani.