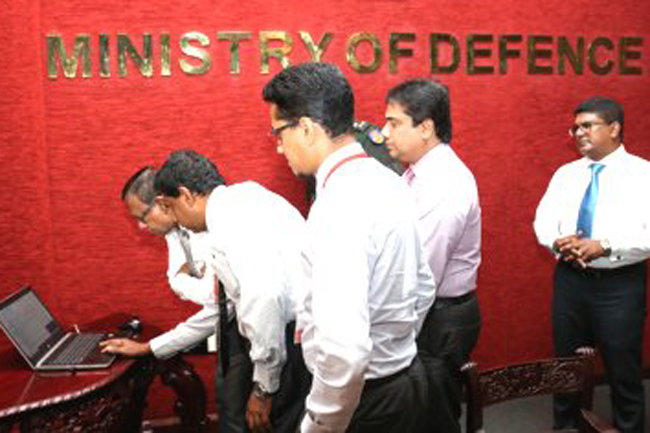 The Ministry of Defence has introduced an SMS alert service as a novel concept in disseminating important news of national security and emergencies to the general public.

The new service was launched by the Secretary to the Ministry of Defence, General (Retd) SHS Kottegoda, yesterday (13).

This new service, mooted by the Defence Ministry is a long-felt need that will not only keep the general public abreast of true information but also be an effective tool to prevent the spread of rumours and disinformation that may lead to panic and public commotion.

This new service is another part of the re-launching of the Ministry’s official website, www.defence.lk in late August, this year.

Making the opening remarks, the Coordinating Secretary and Advisor to the Secretary Defence Suren Dayaratne explained the purpose of the ‘MOD ALERT’ service and its benefits.

Multiple telecommunications companies have joined hands with the Ministry of Defence for the operation of the new SMS alert service.

The new service will be channelled through the Media Centre of the Ministry of Defence in consultation with the office of the Chief of National Intelligence.

The Military Spokesman and Director of the Media Centre, Major General Sumith Atapattu has appreciated all the partner Service Providers for their unrelenting cooperation and support for a national cause and expressed confidence that this new service will prove to be a success in public information broadcasting.