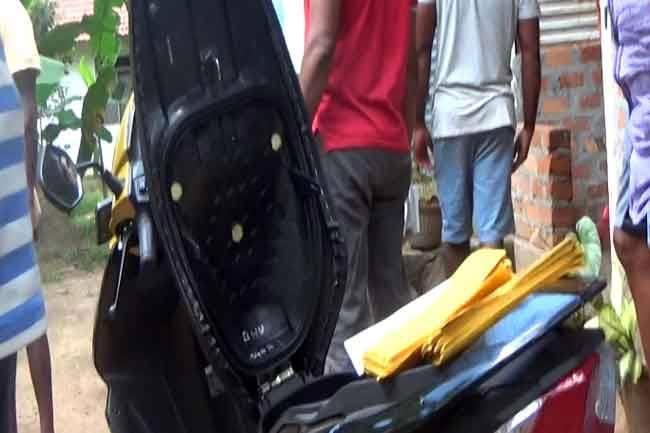 The Dummalasuriya police have made the arrest today (14), when the suspect had been handing out the leaflets from house to house in the Weerakodiyana area.

Along with the suspect, the police have seized 155 handouts, 30 envelopes and the motor bicycle the suspect traveled.

Reportedly, the 27 year old suspect has been identified to be a resident of Lower Weerakodiyana area.

It has been revealed that the suspect serves as a security officer at a school in the Madampe Police Division.

Dummalasuriya Police have launched further investigations into the matter.