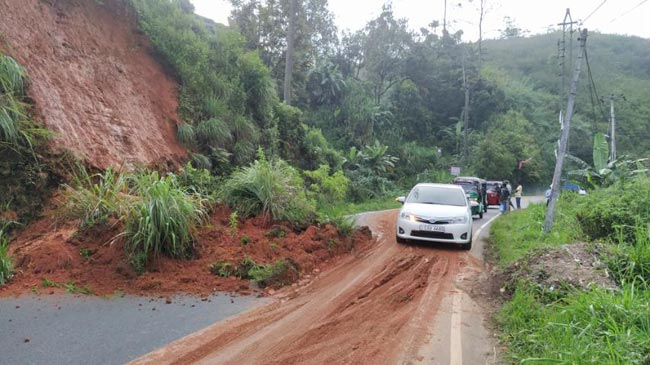 Traffic restricted to one lane on Hatton-Bogawantalawa road

An earth slip in Dickoya Watta in Hatton has caused obstruction to vehicular traffic on the Hatton-Bogawantalawa main road.

The earth slip has occurred at around 4 pm this evening (14), stated Ada Derana reporter.

Accordingly, the traffic on the Hatton-Bogawantalawa main road has been restricted to one lane.

Police suspect that a mound of earth has collapsed due to a leak in a pipe that had provided drinking water to workers in a plantation situated above the main road.

Hatton police said they had notified the Norwood Road Development Authority to remove the mound of earth that had fallen into the main road.