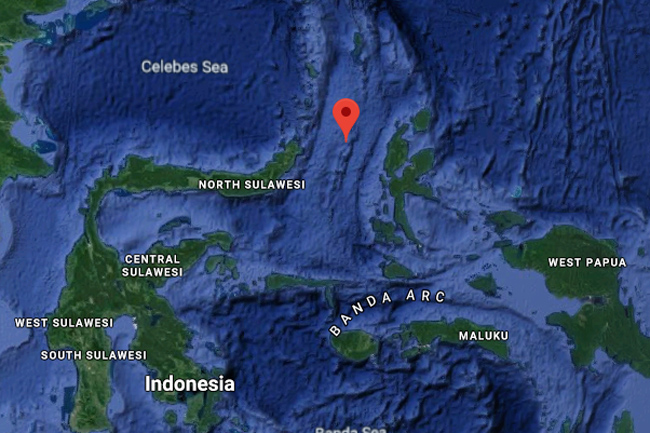 An Earthquake has occurred near Indonesia (Northern Molucca Sea) at around 9.47 pm last night (14) with a magnitude of 7.1, says the Department of Meteorology.

The Deputy Meteorologist of the Department, however, said Sri Lanka currently faces no threats of a tsunami due to the effect of the aforesaid earthquake.

Accordingly, the coastal areas of Sri Lanka have been declared safe.

Meanwhile, the Meteorology Department further stated that there is a high possibility for afternoon thundershowers with severe lightning in Sabaragamuwa, Central (particularly in Kandy district), Western and Northwestern provinces and in Galle and Matara districts today.

Fairly heavy falls of about 100 mm can be expected at some places in Sabaragamuwa and Western provinces and Kurunegala district.

Showers or thundershowers may occur in the Northern and Eastern sea areas to the island, the Meteorology Department said further.

Showers or thundershowers will occur at several places in the sea areas extending from Puttalam to Hambantota via Colombo and Galle during the afternoon or night.

Winds will be North-easterly and speed will be (20-30) kmph in the sea areas around the island.