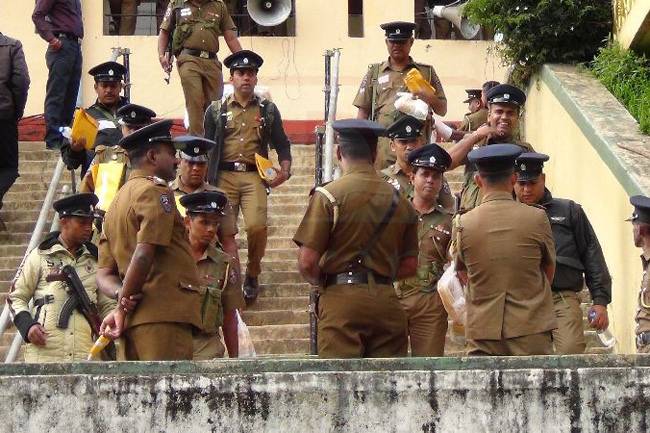 The Election Commission said transporting the ballot boxes and preparing the polling stations for the election are currently underway.

Accordingly, district selection officers are transporting ballot boxes to the polling stations under special security provided by the Police.

Out of the 12,854 ballot boxes that will be put to use for tomorrow’s Presidential Election, 12,350 are cardboard boxes.

The Election Commission said a rehearsal headed by Grama Niladhari officers would take place as soon as the ballot papers are delivered to the polling stations across the country.

According to the statistics of the 2018 electoral register, a total of 15,992,096 citizens are eligible to cast their votes for the Presidential Election tomorrow.

It is reported this figure shows an increase of 47,606 in comparison to the total number of voters who were eligible to exercise their franchise in the Presidential Election held in 2015.

The Department of Registration of Persons has issued temporary identity cards for the voters who do not possess the original National Identity Cards (NICs).

These temporary identity cards have been handed over to the Election Commission and the voters can obtain them through the district selection officers through Grama Niladhari officers, the Elections Commission said further.