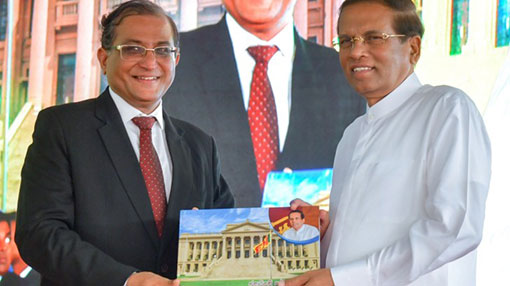 President Maithripala Sirisena was successful in establishing a new political culture in the country by taking steadfast and bold decisions to eliminate bribery and corruption from the government mechanism, Secretary to the President Udaya R. Seneviratne said.

The Secretary made these comments at a ceremony organized by the Presidential Staff to felicitate the service of President Sirisena, at Presidential Secretariat on Thursday (14).

The Secretary pointed out that President Sirisena implemented the most number of development projects in the country bringing benefits to millions of people living across the country.

The President who practiced decorum and humbleness has become an exemplary leader who not only curtailed his powers but also his tenure, he said.

A significant development in physical and spiritual aspects has been achieved during last five years and the President was able to win over the trust and friendship of the international community, he added.