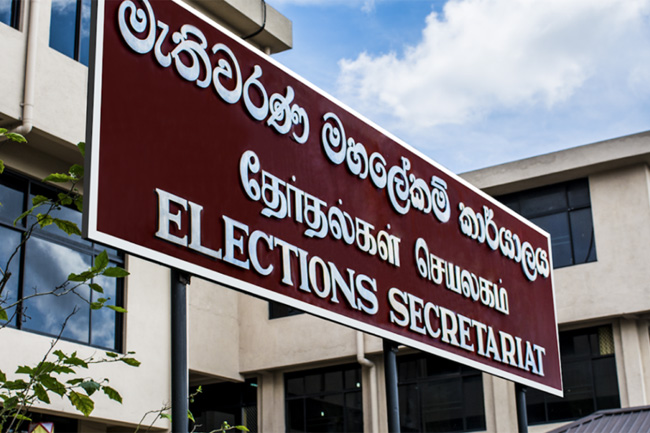 The Election Commission says it received a total of 84 complaints concerning violation of elections laws during the ‘silent period’ which commenced yesterday.

During the 24 hours that ended at 4.00 pm last evening (14), the National Election Complaint Management Centre of the Election Commission had received these complaints.

Meanwhile, the total number of presidential election-related complaints received by the Election Commission since October 8th has increased to 3,905.

These include 3,771 complaints against election law violations and 27 complaints regarding election violence.