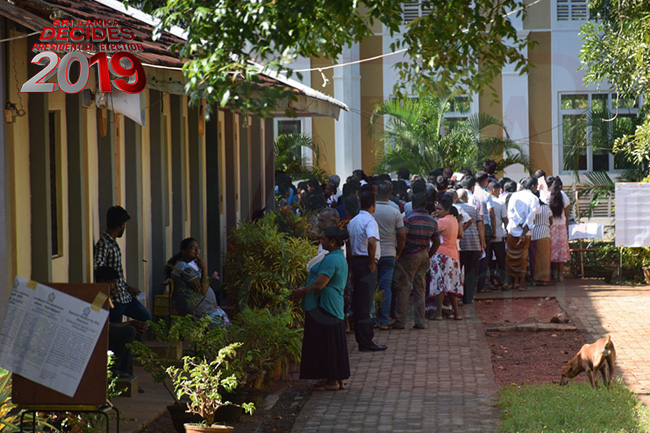 Voter turnout at close of polls

The overall voter turnout of multiple electoral districts for the Presidential Election 2019 has exceeded 80%.

At the close of voting, the highest voter turnout was reported from Ratnapura and Monaragala electoral districts which was 84%.

According to reports, 80% of the registered voters from Badulla, Polonnaruwa, Anuradhapura, Hambantota, Nuwara Eliya, Kandy, Ampara, Kalutara and Colombo had cast their ballots.

In Galle, Matara, Matale and Kurunegala electoral divisions over 80% of voter turnout was reported.

The overall percentages of total voters who had exercised their franchise today (16) are as follows: