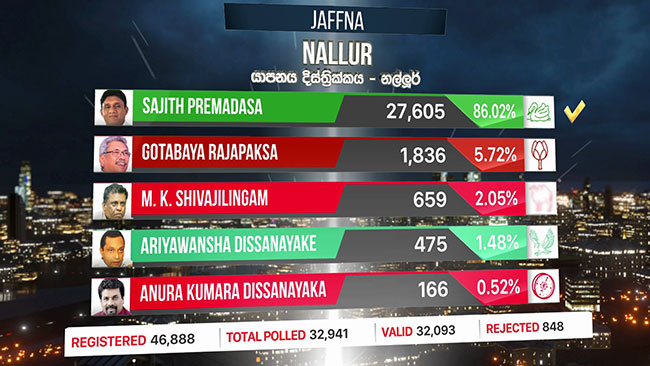 The first official polling division results of the 2019 Presidential Election have been released by the Election Commission, a short while ago.

Accordingly the results of Nallur Polling Division in Jaffna District has been released.

According to the results, NDF presidential candidate Sajith Premadasa has obtained the highest number of results in the polling division with 27,605 (86.02%) votes.