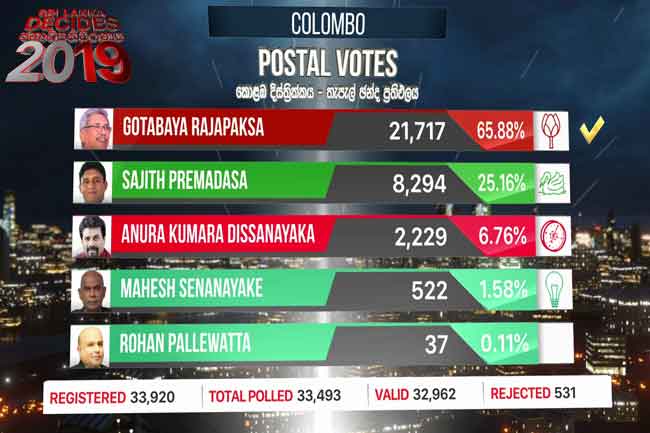 SLPP presidential candidate Gotabaya Rajapaksa has obtained the most number of postal votes in the Colombo District at the Presidential Election 2019, beating rival candidate Sajith Premadasa by a large margin.