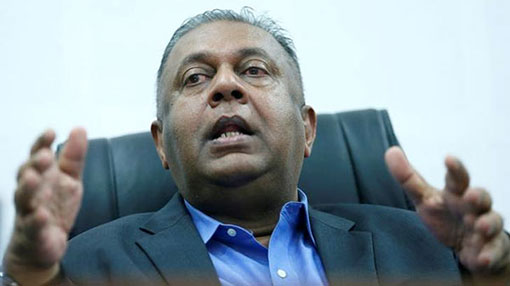 Sri Lanka’s Finance Minister Mangala Samaraweera resigned from his post on Sunday saying he had lost the mandate after voters rejected the ruling party’s candidate in a presidential election.

“I bow down to the people’s mandate and I resign from the ministerial position,” Samaraweera, who led Premadasa’s campaign, said in a statement.