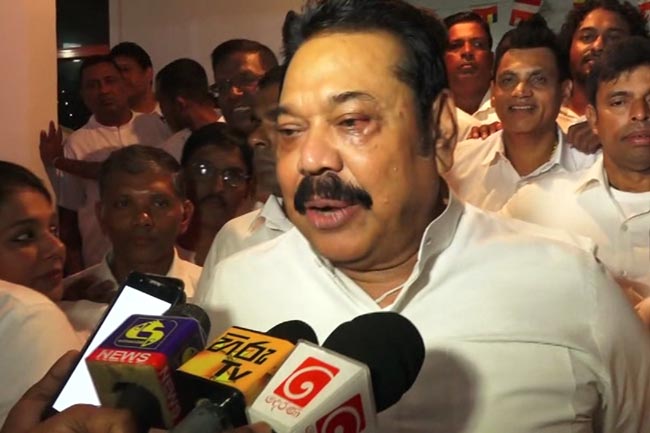 Best to go for a parliamentary election - Mahinda

With the victory of the presidential election, it is best to hold a parliamentary election, according to the Leader of the Opposition Mahinda Rajapaksa.

Rajapaksa expressed these views to the media following a function held to commemorate his 74th birthday, today (18).

However, he pointed out that 5 members of the incumbent Cabinet of Ministers have already resigned from their positions.

When inquired if he is willing to give the chance for several United National Party (UNP) members to join him if willing, Rajapaksa responded that they will consider it in the future and take measures as needed.

The Opposition Leader said that work cannot be commenced as the President is from one party while the Cabinet including the Prime Minister is from another.

The mandate of the people should be respected, he further said.