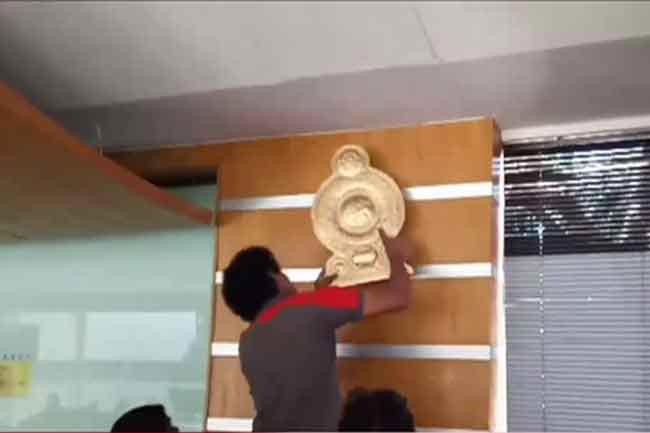 President Gotabaya Rajapaksa has directed all state institutions to display the national emblem in place of the traditional portrait of the incumbent President.

Speaking to Ada Derana, President Rajapaksa stated that he instructed for the removal of politicos’ photographs from name boards of roads as well.

It was observed that the President’s instructions were carried out accordingly.

Some state institutions have already replaced the President’s photograph with the national emblem.

Meanwhile, former Minister of Sports and Foreign Employment Harin Fernando commended the President’s decision at a media briefing held before his retirement today (18).