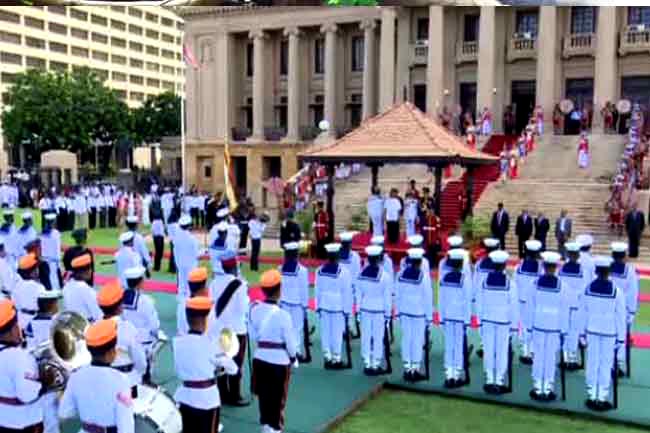 President Gotabaya Rajapaksa has arrived at Presidential Secretariat for the ceremony held to mark the assuming of his duties as the President of Sri Lanka.

New President Gotabaya Rajapaksa was warmly welcomed by the now-former President Maithripala Sirisena at the premise.

Meanwhile, Dr. P. B. Jayasundara will, reportedly, be appointed as the Secretary to the President.

It is also reported that Major General Kamal Gunaratne will be named as the Defense Secretary of the new government.

The relevant appointments will be handed over after President Rajapaksa assumes duties.

Catch the live coverage of the ceremony of new President Rajapaksa assuming duties on TV Derana and Ada Derana 24/7 channels.