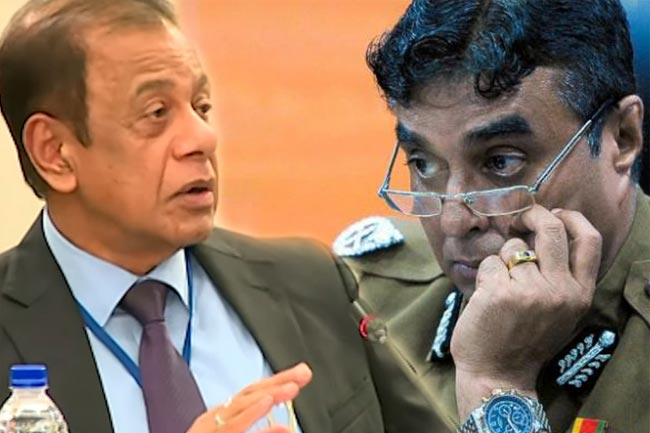 The two defendants were presented before the Colombo Additional Magistrate this morning (19).

IGP Pujith Jayasundara and former Defense Secretary Hemasiri Fernando were taken into custody for allegedly failing to prevent the coordinated terror attacks that claimed the lives of over 250 persons on Easter Sunday even after receiving forewarnings on the matter.

On October 31st, IGP and ex-Defense Secretary filed a revision application with the Court of Appeal requesting to release them on bail.