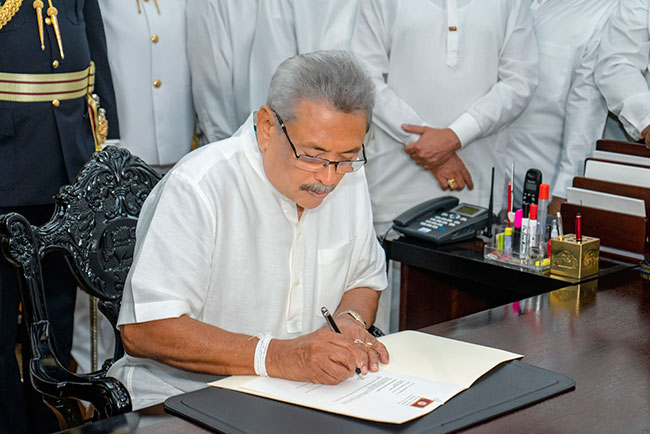 Gotabaya Rajapaksa assumed duties as the 7th Executive President of Sri Lanka at the Presidential Secretariat a short while ago.

Following religious observances and a pirith chanting ceremony, the newly elected President took office before the Commanders of the tri-forces.

The former President Maithripala Sirisena was also present at the ceremony.

President Gotabaya Rajapaksa was sworn in as the 7th Executive President of the Democratic Socialist Republic of Sri Lanka, at a ceremony held yesterday (18) before Ruwanweliseya in Anuradhapura.

Gotabaya Rajapaksa was elected as President by obtaining 52.25% majority votes at the Presidential Election 2019 held on 16th November.