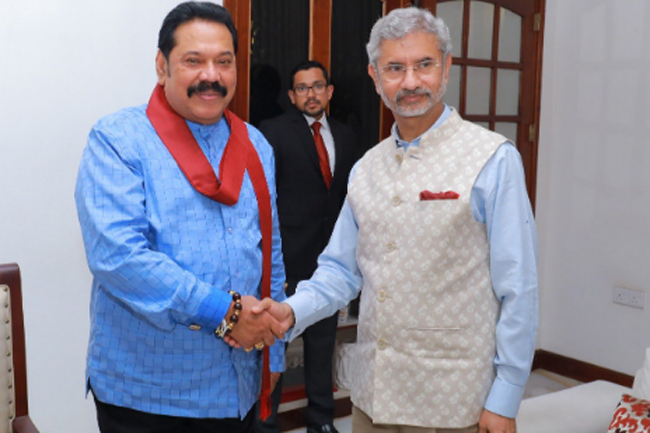 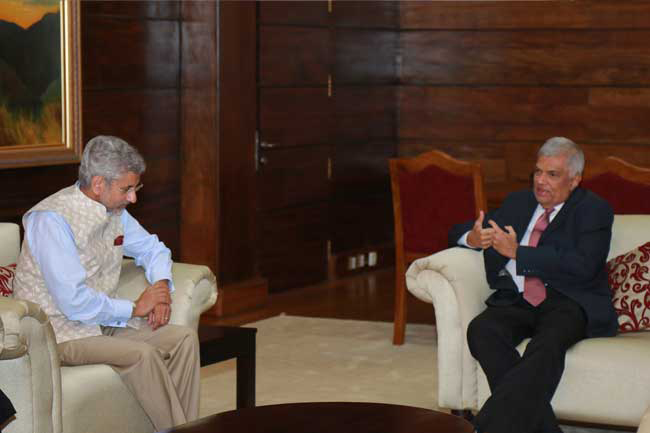 The meeting took place last evening (19) at the official residence of the Opposition Leader.

In a Twitter post, the Opposition Leader said they had discussed strengthening the already existing bilateral relations between Sri Lanka and India.

It was reported that the chairman of Sri Lanka Podujana Peramuna, Prof. G.L. Peiris and MP Namal Rajapaksa were also present at this cordial meeting.

Dr. Jaishankar is the first leader to visit Sri Lanka after new President Gotabaya Rajapaksa took office as the head of the State.

He also called on President Gotabaya Rajapaksa and extended an invitation to visit India at the earliest possible. President Rajapaksa has accepted the invitation.

The meeting was held at the Temple Trees in Colombo last night (19).