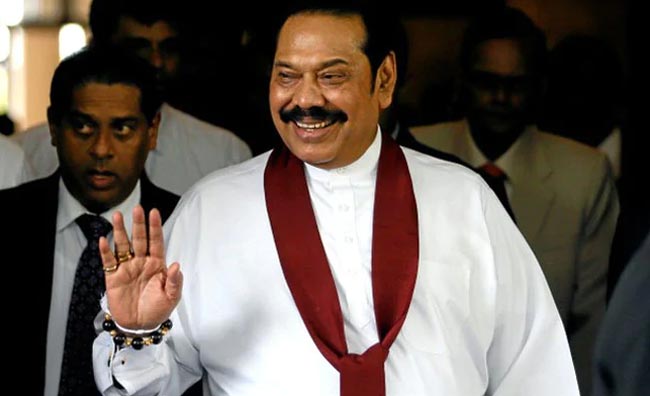 Political sources said that Mahinda Rajapaksa will be sworn in as the new Prime Minister at the Presidential Secretariat, at 1 pm tomorrow (21).

Wickremesinghe, issuing a special statement earlier today (20), stated that he would officially inform the President of his resignation tomorrow.

“I have decided to resign from the Prime Minister’s post to give space for the new President to form his own government,” Wickremesinghe said earlier on Wednesday.

Under the constitution, Wickremesinghe’s government will be dissolved following his resignation.

Mahinda Rajapaksa, who is the current Opposition Leader, will be sworn as prime minister and assume office on Thursday, a source said.

This will see two brothers holding the top positions in the government of Sri Lanka for the first time in its history.

The new president is expected to appoint a 15-member interim cabinet until the election.