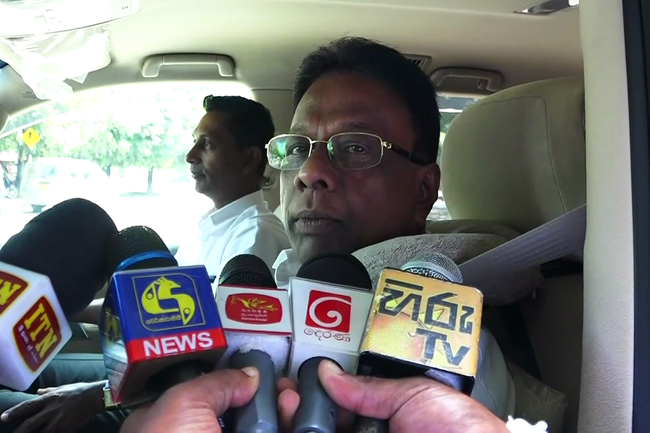 New Cabinet to be sworn in tomorrow

Sri Lanka Podujana Peramuna (SLPP) spokesman MP Dullas Alahapperuma says that the Cabinet of Ministers of the new government will be sworn in tomorrow (22).

He revealed this while speaking to reporters after participating in the party leaders’ meeting held at the Parliament complex today.

It was initially reported that the new Cabinet would be sworn in today after Mahinda Rajapaksa takes oath as the new Prime Minister, however it has now been moved to tomorrow.

The Committee on Parliamentary Affairs, which is comprised of party leaders, convened a meeting today chaired by Speaker Karu Jayasuriya at the parliament complex.

The remains of the late D.M. Jayaratne, former Prime Minister of Sri Lanka, will be brought to the Parliament tomorrow where it will be lying in state while this was discussed at the meeting today.