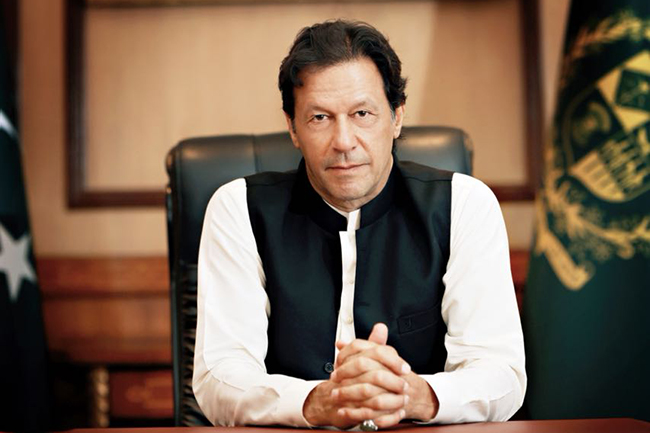 PM Khan, lauded the progress made by Sri Lanka during Mr. Rajapaksa’s two terms as the President, the Pakistan High Commission in Colombo said issuing a release yesterday (21).

He has also expressed the desire to work closely with the Sri Lankan Prime Minister to further strengthen Pakistan-Sri Lanka bilateral relations in all dimensions.

PM Khan then went on to extend an invitation to PM Mahinda Rajapaksa to visit Pakistan.

The Sri Lankan Prime Minister has thanked Prime Minister Imran Khan for his felicitations and said that he looked forward to working together to further strengthen Sri Lanka-Pakistan relations.

In the meantime, PM Mahinda Rajapaksa was felicitated by his Nepalese counterpart Khadga Prasad Sharma Oli and former President of the Maldives Mohammed Nasheed.

Tweeting, they said they are looking forward to working with PM Mahinda Rajapaksa to strengthen bilateral relations with Sri Lanka.