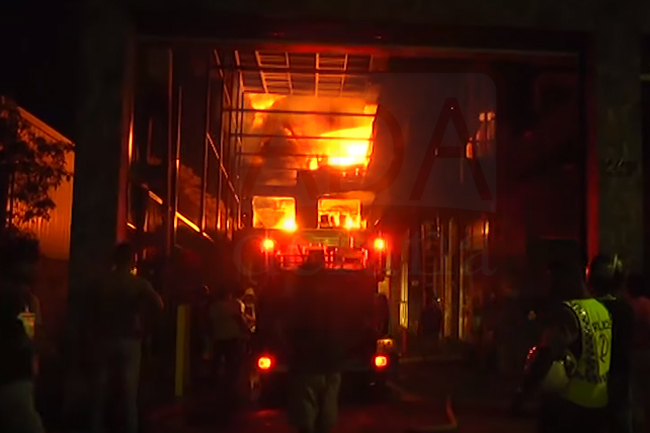 Fire breaks out at chemical factory

A fire has broken out at a four-storey building of a chemical factory in Angulana, Katubedda.

The fire erupted at around 3.15 am this morning (22), according to Moratuwa Police.

Reportedly, 10 fire engines are in an attempt to douse the flames.

The Police, residents of the area and the fire brigades of Dehiwala, Moratuwa, Maradana and Mount Lavinia are accordingly engaged in a joint effort to curb the fire.

Moratuwa Police is conducting further investigations into the incident.