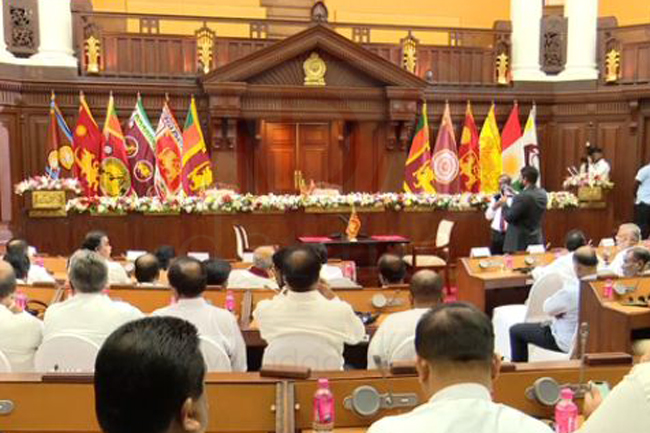 New Cabinet of Ministers is to be sworn-in before President Gotabaya Rajapaksa this morning (22).

As the former Prime Minister Ranil Wickremesinghe tendered his resignation, the previous Cabinet of Ministers annulled.

New Prime Minister Mahinda Rajapaksa was sworn in yesterday (22) and assumed duties shortly afterward. Hence, it was decided to appoint a caretaker Cabinet of Ministers.

The new President is expected to appoint a 15-member interim cabinet until the election, accordingly to reports.

Tune into TV Derana or Ada Derana 24 to watch the live streaming of the swearing-in ceremony of the new Cabinet of Ministers.