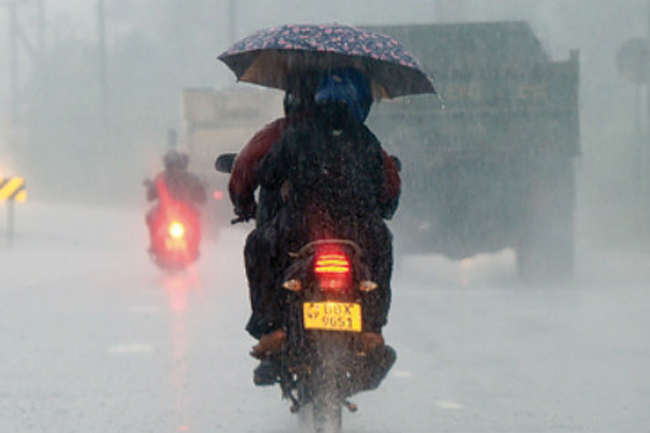 Showery condition over the island (particularly in the Eastern, Northern, North-central, Uva, Sabaragamuwa and Southern provinces) is likely to enhance during the next few days, the Department of Meteorology says.

Showers or thundershowers will occur with heavy falls of about 100-150 mm are likely at some places in the above areas.

The possibility for heavy thundershowers and sudden roughness, associated with a sudden increase of wind speed (up to 70-80 kmph) in the Eastern, Western and Southern sea areas to the island is high in the next few days.