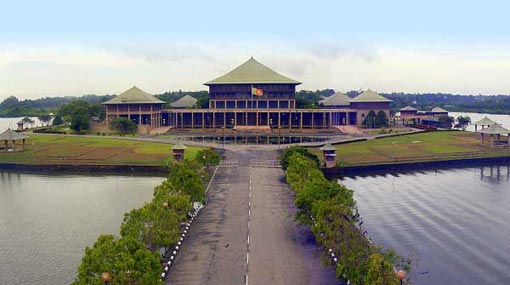 The current session of the Parliament of Sri Lanka has been prorogued with effect from midnight today (02).

The relevant Gazette notification on prorogation has been issued a short while ago.

Accordingly, the next session of parliament will commence at 10 am on the 03rd of January, 2020.

The President had prorogued Parliament by virtue of the powers vested in him by Article 70 of the Constitution.

With the signing of the gazette notification, the third session of the 8th Parliament marked its closure.

Since 1947 the Parliament had been prorogued fifty times and after the year 1978, 25 new parliamentary sessions had been held.

Once the parliament is prorogued the speaker will continue and his duties will not end. Accordingly the duty that has to be carried out from the new term will be able to proceed from the current stage.

When the term ends and a new session begin, it is ceremonially opened by the President. The President has the power to present Policy Statement of the Government. In the past it was known as the Throne Speech. It was presented by the Governor. According to the current practice, it is neither debated nor put to the vote.

In addition, the Committee on High Posts and all the following Sectoral Oversight Committees in Parliament continue to function.