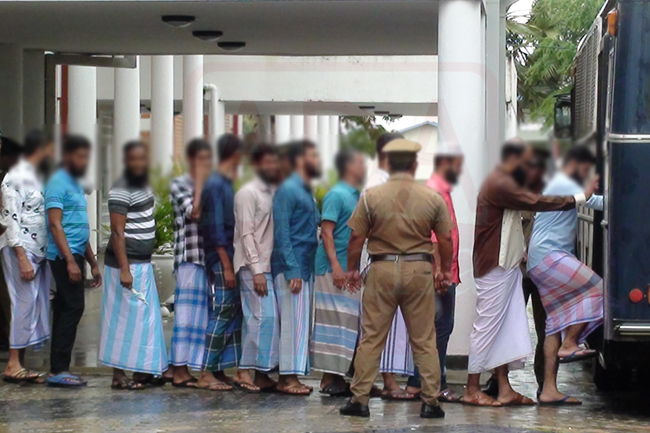 64 suspects arrested for having links with NTJ further remanded

A total of 64 suspects, who were arrested on suspicion for allegedly having links with the now-banned terror group National Thowdeed Jamath (NTJ), have been further remanded until the 19th of December.

The order was delivered when the suspects were produced before the Batticaloa Magistrate A.C. Rizwan today (05).

They were taken into custody in the aftermath of the coordinated terror attack on Easter Sunday, for allegedly receiving weapon training at the NTJ camp in Nuwara Eliya.

According to reports, these suspects hail from Kattankudy.