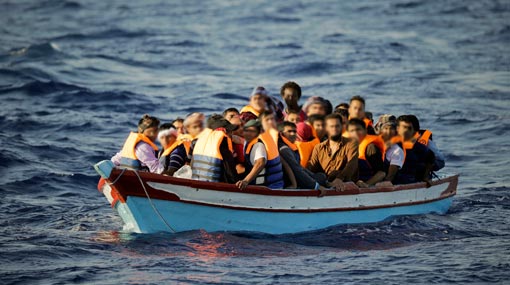 15 caught attempting to migrate to Australia by boat

Sri Lanka Navy and Sri Lanka Police arrested 15 persons this morning (05) for attempting to illegally migrate to Australia by boat.

Based on a tip-off received by the Navy, 15 suspects along with the driver of the van transporting them have been arrested in Wella Weediya, Negombo.

The arrestees have been handed over to the Negombo Police for onward legal action.

Subsequently, they will be produced before the Negombo Magistrate’s Court.