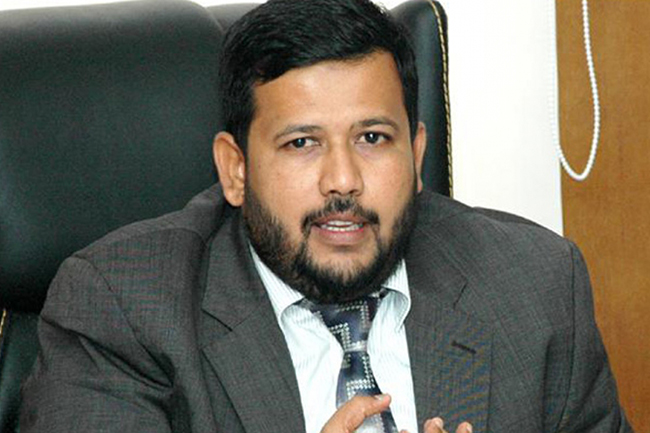 Leader of All Ceylon Makkal Congress (ACMC) Parliamentarian Rishad Bathiudeen today (05) appealed to President Gotabaya Rajapaksa to appoint a Presidential Commission to investigate the allegations levelled against him for the destruction of Wilpattu National Forest and having links to the Easter Sunday bombings.

Directing a letter to the President, the former Minister claimed: Certain groups of Sri Lankans are actively engaged in fanning communal flames and working for narrow political gains by levelling baseless and unfounded allegations against me - a leader of a recognized political party in Sri Lanka - among the general public.

The ACMC leader further claims these people were actively engaged in making such allegations against him when he was serving as a Cabinet Minister in the previous government as well. Among the most prominent false allegations aimed at me were clearing the Wilpattu Forest Reserve to settle Muslim refugees and maintaining links with Easter Sunday bombing terrorist Zahran, he pointed out.

These allegations are baseless and unfounded, imaginary and false and fabricated for narrow pollical gains, he added.

Continuing the letter, the ACMC leader said the Parliamentary Select Committee appointed to investigate the Easter Sunday attacks too has cleared him of any wrongdoing after learning that Police and the former Inspector General of Polices report for the Speaker had already cleared his name from such allegations.

The former Minister says, however, these offending groups continue to re-enact these false allegations levelled at him wrongfully, repeatedly and freshly making the same accusations against him in the local mass media, thereby continuing to publicly harass and push him and his community towards a very unpleasant situation. He stressed that they are clearly attempting to destabilize the country by creating dissension on the lines of ethnicity, religion, and caste by their acts.

Further I wish to clearly stress and also call for Your Excellencys special attention to the fact that I had not destroyed any parts of Wilpattu Forest Reserve by abusing my powers. In 2009, the Muslim refugees displaced in 1990 received the opportunity to re-settle in their original lands and I am most appreciative and thankful to Your Excellency for your valuable support extended to those displaced Muslims and giving them the opportunity. The original lands where the refugees lived, being abandoned for thirty years, had turned to become forests. Thereafter these forest lands too were named as Forest Reserves by the Forest Department. However, understanding the reality of this natural change, the Task Force appointed by the then HE President Mahinda Rajapaksa managed to identify original Muslim owned lands that later became jungles and methodically and legally took action to resettle them in such lands, the letter read.

Despite such, baseless allegations continue to be levelled against this incident and I kindly urge Your Excellency to take necessary action to appoint an independent Presidential Commission to investigate and uncover the truth behind these false allegations and also to identify individuals responsible for destruction of Wilpattu, which is an invaluable resource that Sri Lanka has., he said further.

MP Bathiudeen, concluding the letter, said: Even though all official investigations clearly proved that there had not been any links between me and the heinous terrorists behind the Easter Sunday bombings, I wish to sincerely urge Your Excellency that should another investigation is required on these attacks, then to kindly set up a special Presidential Commission and commence a special investigation as well.