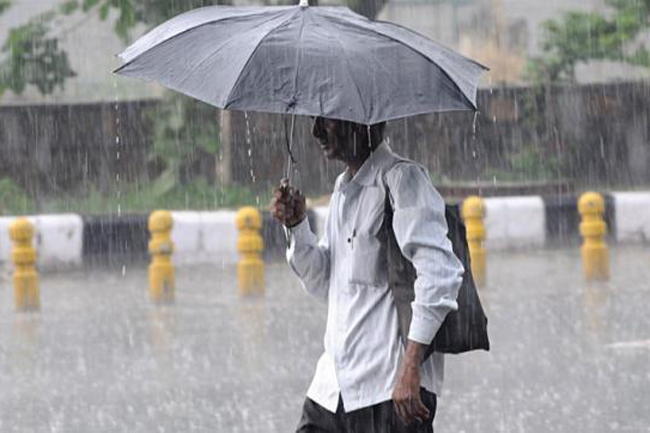 Cloudy skies can be expected over the island. Very Heavy showers about 150-200 mm are likely at some places in Jaffna, Kilinochchi, Mullaitivu, Mannar and Vavuniya districts.

Heavy showers about 100-150 mm are likely at some places in Anuradhapura, Polonnaruwa, Trincomalee, Batticaloa, Ampara, Nuwara-Eliya, Badulla and Monaragala districts.

Fairly heavy showers about 75-100 mm are likely at some places in Sabaragamuwa, Southern and Western provinces (Galle, Matara, Hambanthota, Kegalle, Ratnapura, Gampaha, Kaluthara and Colombo districts) and in Matale, Puttalam and Kandy districts.

Fairly strong gusty winds up to 50 kmph can be expected over the island, particularly in Northern, North-Central, North-Western, Central and Uva provinces and in Trincomalee district.

The Meteorology Department says showers or thundershowers will occur at times in the sea areas extending from Puttalam to Galle via Mannar, Kankesanturai, Trincomalee, Batticaloa and Hambantota.

Showers or thundershowers will occur in the other sea areas in the afternoon or night.

Heavy falls may occur at some places in the sea areas around the island.

Winds will be North-easterly and speed will be (20-40) kmph in the sea areas around the island. 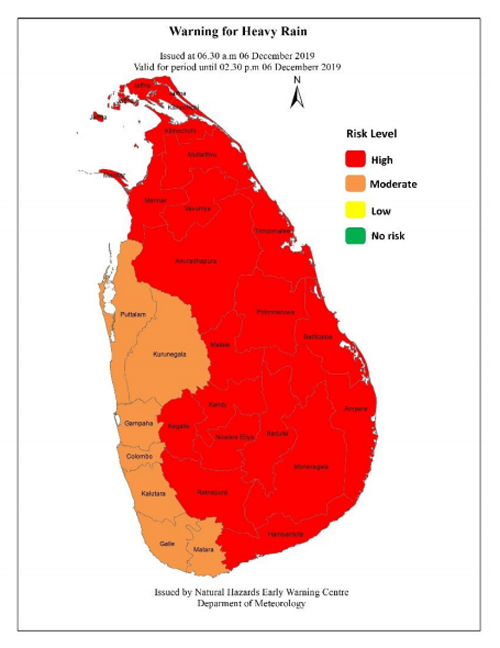