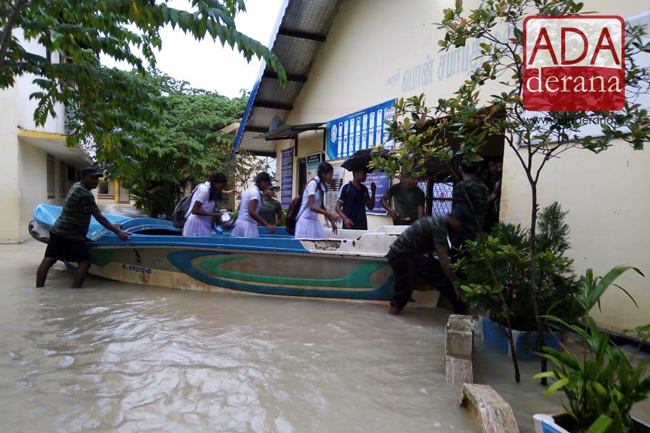 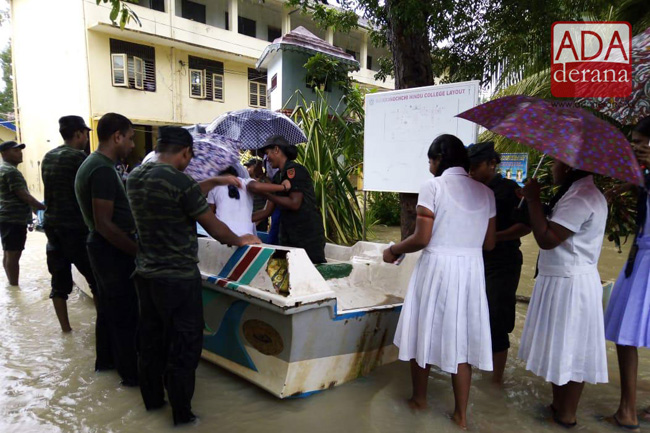 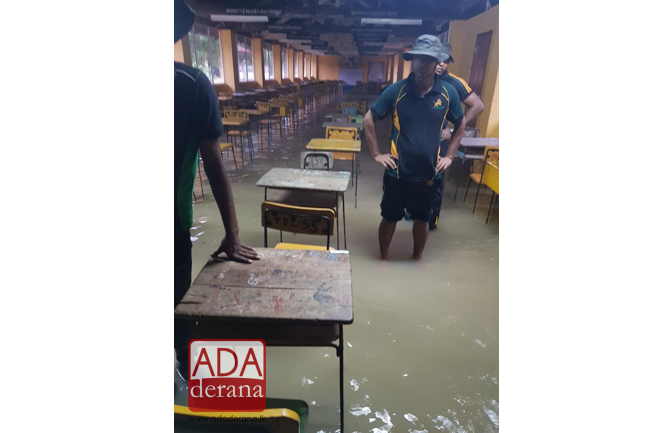 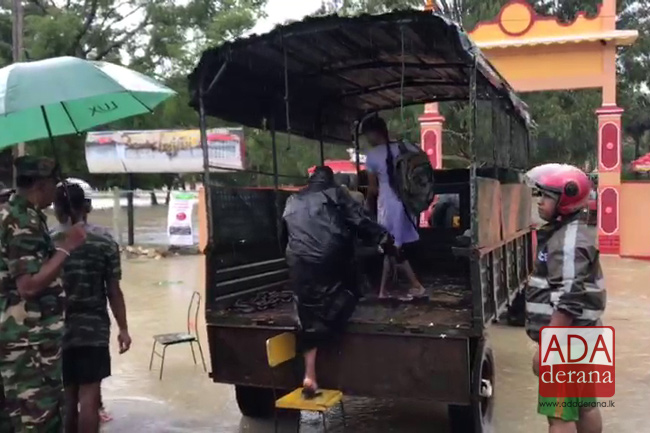 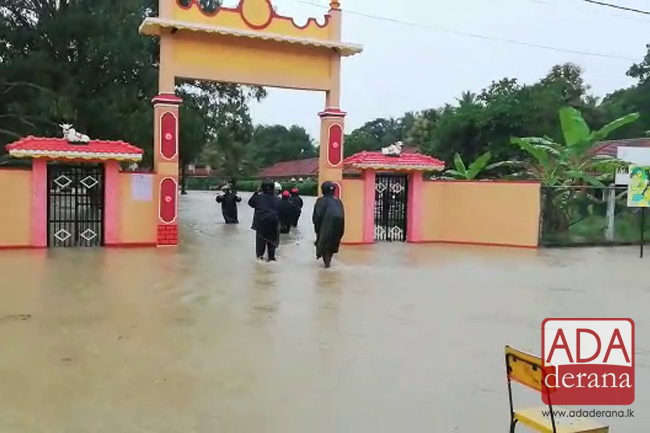 Exam centres in Kilinochchi inundated; Army to the aid of students

Sri Lanka Army has undertaken an operation to facilitate the GCE Ordinary Level candidates in Kilinochchi who were worst-affected by the torrential rains on Thursday night.

The 7 Sri Lanka Light Infantry troops and 6 Sri Lanka Sinha Regiment troops of the Security Forces Kilinochchi this morning (6) came to the aid of the students this morning (06).

Army troops, using their tractors and boats swiftly jumped into action and collected more than 150 marooned students in Kilinochchi and took them to the examination centres at Dharmapuram Maha Vidyalaya and Hindu college in Kilinochchi before the scheduled commencement of the examination.

At the same time, those troops assisted school authorities to remove furniture on the ground floors of both schools which were also underwater.

Major General Vijitha Ravipriya, Commander of the Security Forces in Kilinochchi and General Officer Commanding, 57 Division, together with under command establishments coordinated the entire emergency need.