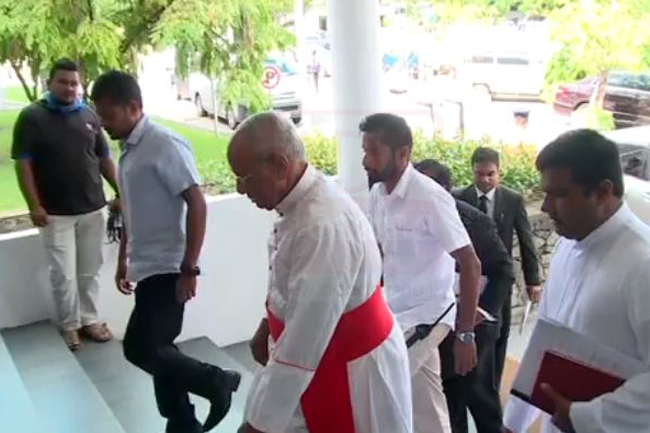 UPDATE (02:27 PM): Malcolm Cardinal Ranjith has arrived at the Presidential Commission of Inquiry investigating the Easter Sunday terror attacks. The evidence recording is taking place at the Commission’s office located at BMICH premises.

Archbishop of Colombo Diocese, His Eminence Malcolm Cardinal Ranjith, has been informed to appear before the Presidential Commission of Inquiry probing the Easter Sunday attacks today (02), for an evidence recording in the open court.

Issuing a communiqué, Secretary of the Commission H.M.B.P. Herath said the evidence hearing will commence at 2.00 pm this afternoon.