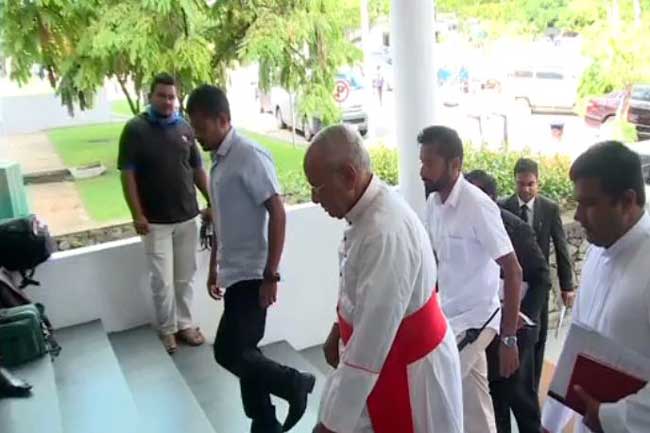 Archbishop of Colombo Malcolm Cardinal Ranjith left the Presidential Commission of Inquiry investigating into Easter Sunday attacks, a short while ago, after giving a nearly 4-hour statement.

Cardinal Ranjith had arrived at the commission’s office located at BMICH premises at around 2.00 p.m. today (6) for the evidence hearing.

He left the premises after providing a nearly 4-hour long statement to the commission, Ada Derana reporter said.