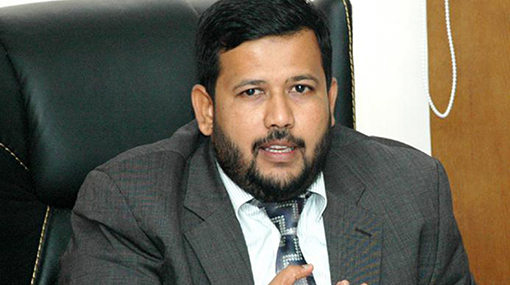 “They won with a majority. They can appoint the Cabinet as they want-that’s their right. If they see too as Sri Lankans and if they treat us equally, that is enough for us,” he said further.

The ACMC leader also raised concerns on increasing political mud-slinging against him on such charged issues as the Wilpattu and Easter Sunday terror attacks. He claims that people who levelled allegations against him had used terrorist leader Zahran’s incident to create anti-Muslim fear among the voters of the majority community and won the Presidential Election.

“They cannot politically market Zahran again in the forthcoming general elections. Therefore, they need a new target. That is us, Muslim leaders-mainly I and leader of SLMC Rauff Hakeem. However, this is very wrong. Both I and Hakeem are democratically elected Muslim political leaders and not in any way similar to Zahran,” Bathiudeen said.

“I have been pointed out as a person who destroyed Wilpattu. I did not destroy any parts of Wilpattu Forest Reserve by abusing my powers. In 2009, the Muslim refugees displaced in 1990 received the opportunity to re-settle in their original lands. Then, Easter Sunday attacks-once we resigned as Muslim Ministers just after Easter Sunday attacks, Police, and CID investigations were conducted, to find out whether I too had links. In fact, I also openly called to investigate me if the officials suspected I had links with terrorist Zahran. The CID gave one week’s time to file complaints against me, which all media reported. The IGP appointed three teams on this led by ASPs,” the former Minister said further.

He says the official investigations had finally proved that there had not been any links between him and the terrorists responsible for the Easter Sunday carnage. “There are false accusations on me about refugees living in Puttalam travelling to Mannar to vote at the Presidential Elections.”

Clarifying the refugee-related accusations, he has said, even though they are living in Puttalam, their voter registration is in Mannar, and they had also urged to register them properly so that they can exercise their votes. “I asked permission from Finance Ministry whether I can arrange transport to them from Puttalam to Mannar on government CTB buses, which was approved. Nothern Displaced Refugees Forum also at the same time asked for permission, made a request to our Ministry, to make the same arrangement. This organization collected the bus fares, and properly re-paid the amount to our Ministry. There are no pending payments, to our Ministry or to the government, since all costs were paid back. If this transport did not take place, 12,000 voters would have been unable to vote,” he continued.

“You may ask why should the government pay for this type of expense. It is the government, that should always help its citizens to exercise their voting rights. In this case, we with the Northern Displaced Refugees Forum have taken all the costs of this activity with no burden to the Sri Lankan public or the government,” he explained.

“I am very sad of these accusations since I am targeted at a minority political leader. This is the reason I insist they publicly harass me and my community towards a very unpleasant situation, very possibly ahead of forthcoming elections. They are clearly attempting to create a communal riot in our country in this manner. It is also important to see that they behave in this way when a new President is in place in our country, that means they do not have any respect for the new President or his high office,” the former Minister stated, while calling for the attention of President Gotabaya Rajapaksa on this ‘dangerous trend.’